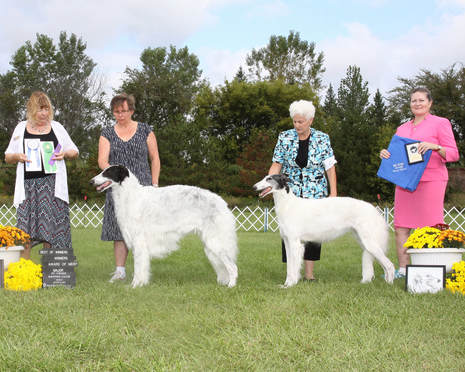 Thank you to Pam Leichtnam for handling Flirt in the Breed Ring. 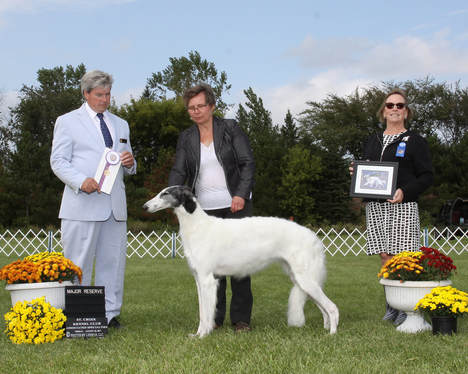 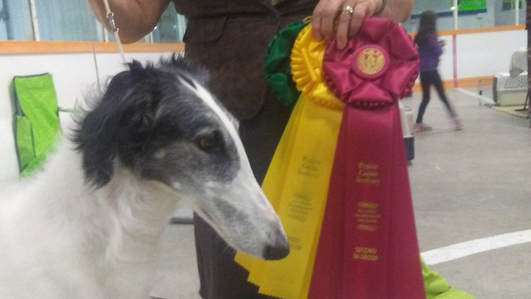 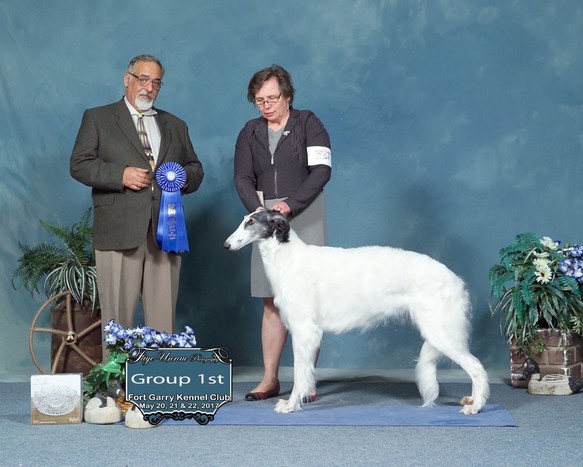 Flirt picked up 2 First in Group wins at the Fort Garry Show, Winnipeg, in May, 2017.  Shown her under Chilean Judge Mario di Vanni. 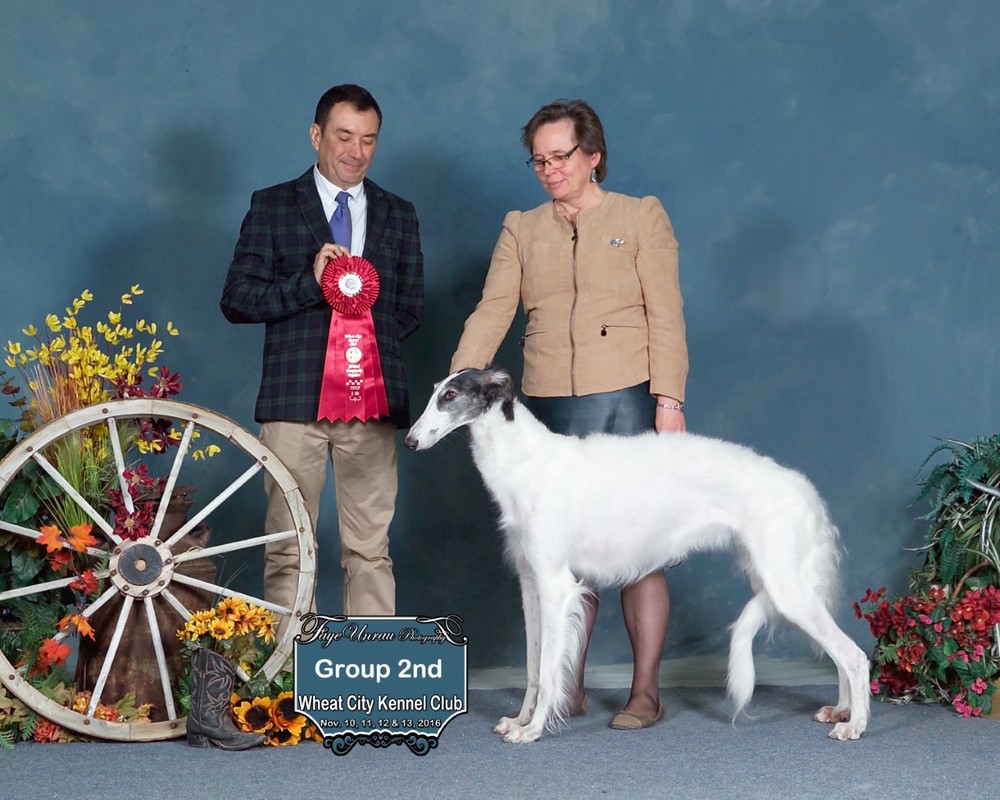 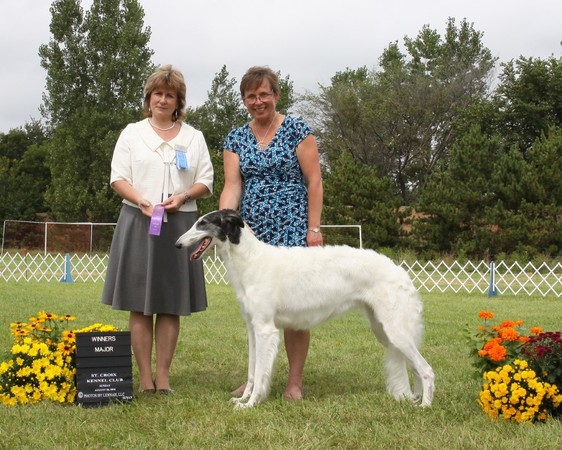 Flirt is receiving her first points in the U.S. at the St. Croix show in Minneapolis, Aug. 2016.  Russian Judge Ekatarina Senashenko also awarded Flirt's 1/2 brother Axel with Winners Male, Best of Winners and Best of Opposite Sex. 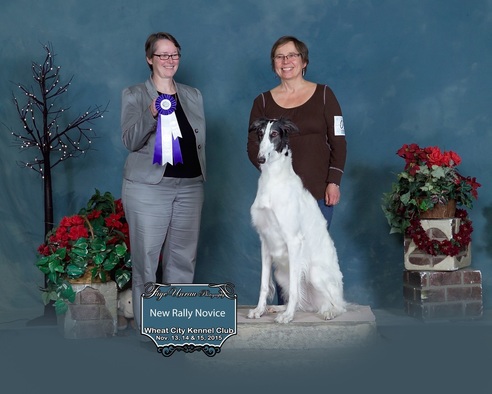 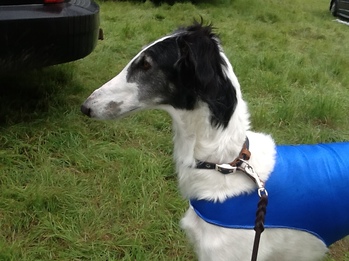 Waiting to run at the the Saluki Club of Canada Lure Coursing event, Saskatchewan, Sept. 2015.  Flirt won her race in the mixed stakes, and is on her way towards a Field Trial Championship. 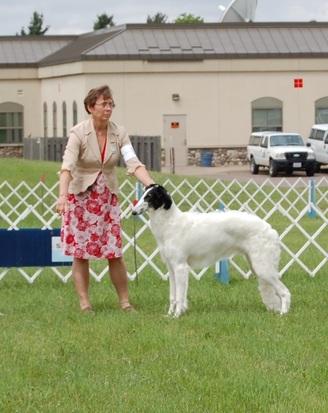 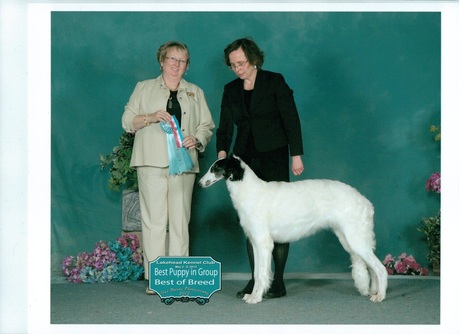 May 2013: Best Puppy in Group and Best of Breed at Lakehead Kennel Club