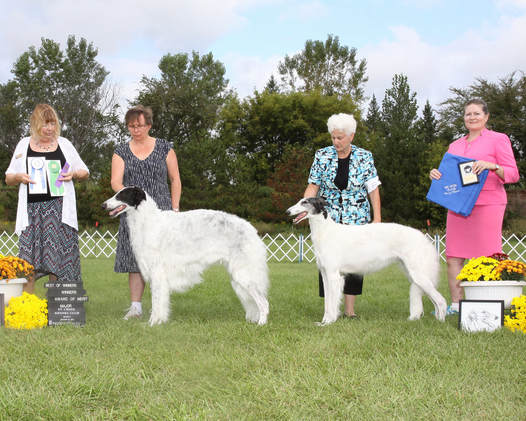 ​At the St.Croix Kennel Club Show in August 2017, Axel was Best of Winners twice over the weekend.

Axel is #7 Borzoi in Canada for 2016.  This occured after only 4 weekends of showing.

​Axel is receiving his first points in the U.S., at the St. Croix shows, Aug. 2016.  Russian Judge Ekatarina  Senashenko awarded Axel Best of Winners and Best of Opposite Sex.  (Half sister Flirt was awarded Winners Bitch.)  Thanks to Pascale Smith for handling Axel in the Breed Ring.
Axel has picked up more points, in Portage la Prarie, Manitoba, in July 2015..  He was Best of Breed and best Puppy in Group in one show, and Best Puppy in Show in the Manitoba Gazehound Association Specialty the same weekend.

Axel at the 2015  Borzoi Club of America National, at Huron, Ohio, by shores of Lake Erie.  He  won third place in the Sweepstakes. 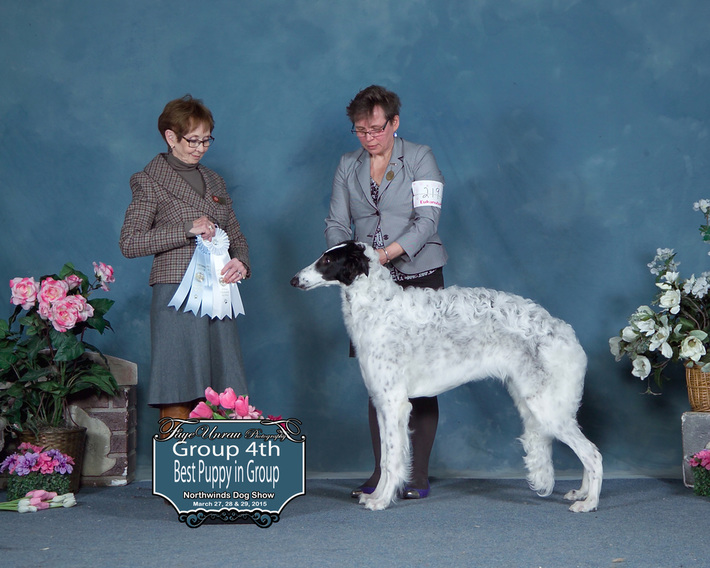